Bosnia and Herzegovina and Montenegro

Bosnia and Herzegovina in short, often known informally as Bosnia, is a country in Southeastern Europe located on the Balkan Peninsula. Sarajevo is the capital and largest city. Bordered byCroatia to the north, west, and south; Serbia to the east; Montenegro to the southeast; and the Adriatic Sea to the south, with a coastline about 20 kilometres (12 miles) long surrounding the city of Neum. In the central and eastern interior of the country the geography is mountainous, in the northwest it is moderately hilly, and the northeast is predominantly flatland. The inland is a geographically larger region and has a moderate continental climate, with hot summers and cold and snowy winters. The southern tip of the country has aMediterranean climate and plain topography.

Montenegro is certainly one of the most interesting places in the world and one of TOP WORLD TOURIST destination (according to Lonely Planet, …).

Even though it covers solely around 14.000 km2 and it only has about 670.000 citizens, its contribution to the world cultural heritage is impressive comparing its size.

During centuries of its rich history Montenegro has survived and remained one of the brightest models for the fight for freedom, for its own existence, and a place of which people always spoke with respect. Christian, Muslim, Illyrian, Byzantine, Turkish, and Slav civilizations merged here making Montenegro forever a crossroad of culture and history.

Montenegro has changed its name many times, from the Latin era under the mane of Prevalis, to the medieval state Zeta, and then to the modern name Crna Gora (MONTENEGRO). As the name changed, so did the land, thanks to the influence of all the civilizations which for a shorter or longer period settled the territory of Montenegro, turning it into a mosaic of cultural heritage. Even today, Montenegors mosaic of cultural heritage is its most valuable aspect.

Some will say that its name, Crna Gora (MONTENEGRO), was brought by the seamen for whom from the open sea seemed cragged and dark, because immediately above the warm shores rose mountains and crags intersected with gorges. Others would say that its name was given by its enemies, because of the bad luck which would strike everyone trying to conquer it, in some long gone days. The truth lies that the country carries its name by those who made it a state – the dynasty Crnojevic. Along with the dynasty of Petrovic they have remained the founders of a modern, small but proud, country in the Mediterranean.

Arrival at the Sarajevo airport and transfer to hotel. Guided visit of Sarajevo's old town. Visit of: Latin Bridge where Gavrilo Princip shot and killed Archduke Franz Ferdinand, City Hall - Vječnica, Gazi Husrev-bey Mosque, old Orthodox Church and Bascarsija, which is the heart and soul of the city with many shops, art craft and workshops. Dinner and overnight at the hotel.

After breakfast, continuation to Mostar, a city know by the old bridge, which gave the city the name. The Old Bridge was built by Ottoman architect Mimar Hajrudin in the second half of the 16th century. The bridge was demolished by the units of the Croatian army in November 1993 and the new Old Bridge rebuild and inaugurated in July 2004. Since 2005, the bridge is under the protection of UNESCO. We will take a walk through the old bazaru called Kujundžiluk and visit the old Turkish house, which is now a museum and also visit the Koskin-Mehmed Pasha's Mosque. Time for lunch and some time will be free for walking, photography, coffee or purchases. In the afternoon visit of beautiful spot Blagajska tekija, which is also the source of river Buna. Continuation to Medjugorje and a short visit of St. Jacobs church in Medjugorje. Dinner and overnight at hotel.

After the breakfast we will head towards charming town of Trebinje. On our way, our first stop will be in Pocitelj. The walled town of Pocitelj (on UNESCO Tentative List) evolved in the period from the 16th to the 18th centuries. Architecturally, the stone-constructed parts of the town are a fortified complex, in which two stages of evolution are evident: medieval, and Ottoman. Our next stop will be in Stolac. Stolac and its area have been settled since ancient times. Its rich hunting-grounds along with other natural benefits attracted prehistoric man, and later the Illyrians, Romans and Slavs, all of whom left a wealth of anthropological evidence. Will try to show you some »stečak« stone. Continuation to Trebinje and visit of the town with the famous Arslanagić bridge and surround monasteries Tvrdos and Herzegovacka Gracanica. Dinner and overnight at the hotel.

In the morning departure to Kotor and visit of the old town. Town of Kotor has the typical Venetian architecture, that contributed to make Kotor an UNESCO world heritage site. Continuation to Cetinje which is a city and Old Royal Capital of Montenegro. It is also a historical and the secondary capital of Montenegro, with the official residence of the President of Montenegro. Guided tour of the town and visit of the museums. Afterwards we will visit  National Park Lovćen known it's beautiful view on surrounding area and for it's natural beauties and rich historical, cultural and architectural heritage of the area. We will also visit mausoleum of Petar II Petrović Njegoš one of the most important rulers of Montenegro.  Dinner and overnight it the hotel in Podgorica.

After the breakfast we will head towards Skadar lake National Park where we will take a cruise on the lake and admire the beautiful flora and fauna. Lunch in Virpazar and continuation to Kolašin, which is one of the centres of Montenegro's mountain tourism.

Dinner and overnight in hotel

After the breakfast departure for Zabaljak. First stop will be in National Park Biogradska gora which is located in the mountainous region of Bjelasica in the central part of Montenegro between the rivers Tara and Lim. It has untouched forests, large mountain slopes and tops over 2,000 meters high, six glacial lakes. After the visit of National Park Biogradska gora we will continue our way through beautiful Tara river canyon, which is 82 kilometers long and 1,300 meters at its deepest, making it the one of the deepest river canyon in Europe. The canyon is protected as a part of Durmitor National Park and is on UNESCO List. We will also stop at magnificent bridge Đurđevića Tara.  In the afternoon arrival to Žabljak which is the center of Durmitor mountain region. We will also visit the Black lake in Žabljak. Dinner and overnight at hotel.

After the breakfast we will continue our tour to Durmitor. Durmitor is a mountain and National park which is know for it's untouched and beautiful nature. All the natural beauty, landscape and cultural values of Durmitor and river Tara, were the reasons that the Durmitor National Park is listed on World Cultural and Natural Heritage. Our road will lead us through beautiful canyons of river Piva. We will enter back in Bosnia and Herzegovina (Republica Srpska) and continue to Visegrad. Visit of the town and its famous Mehmed Pasha Sokolovic Bridge also on UNESCO list, known for the Nobel Prize for literature - Ivo Andrić (The Bridge on the Drina). Return back to Sarajevo.

Day will depend on flight timings. Free time for shopping in Sarajevo and transfer to the airport. 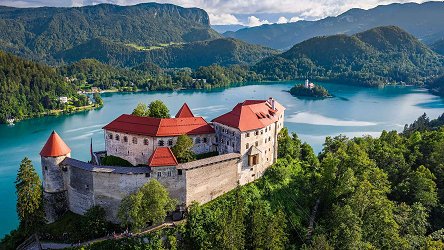 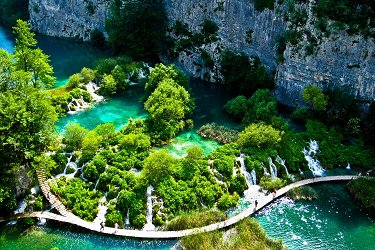 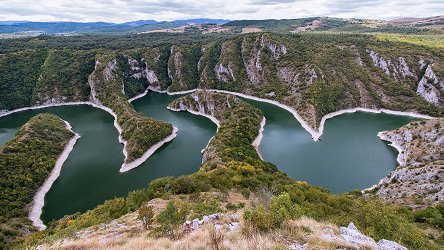